Thanks to the law firm McCarter and English for hosting a Crowdfunding event at the Cambridge Innovation Center just outside of Boston, Massachusetts.

Benjamin Hron shared a breakdown of the affirmed and proposed legal landscape to the audience. Ben made his dissemination of the lengthy documentation available to the audience for download. This was particularly helpful for those considering investing, raising money, or building platforms in the equity based Crowdfunding business.

This event was part of a McCarter & English seminar series for entrepreneurs at the Cambridge Innovation Center.

U.S. Rep. Patrick McHenry, Republican of North Carolina has recently visited Boston to check out on those who were affected by a bill that aims to fix a piece of legislation regarding equity-based crowdfunding. McHenry has stopped at Boston Beer Co. and at the Boston Business Journal's office to talk about that topic. JOBS Act of 2012 is one of the reasons why equity crowdfunding hasn't happened as well as the long list of rules proposed by the U.S. Securities and Exchange Commission. McHenry and the rest of the crew including U.S. Rep. Carolyn Maloney of New York, are currently working to fix the legislation, which McHenry and others say was "botched" by a Senate amendment. Mr.McHenry mentioned that: "This bill attempts to break the administrative log-jam that has kept entrepreneurs from being able to take advantage of equity crowdfunding now more than two years after the original bill's passage." (par.3)  McHenry also answered a few questions during the event. He told that him and his team will  be able to fix the legislation next month. McHenry also answered a few questions about the feedback which he received from the tech community in Boston about equity-based crowdfunding and was very condifent that the JOBS Act will be sucessful. He said that: "We've got a better-than-even chance at success. We've got enough people that are concerned about it in both parties." (page 2, par. 2) People want to do the right thing on this.Patrick McHenry is looking forward the new crowdfunding campaigns on the market and is ready to provide all the necessary acts to support them.

Originally, JOBS Act edited some of the U.S. securities laws, which helped with increasing the number of investors a private firm may have, from 500 to 2000, as well as  "eliminating some hurdles for companies seeking initial public offerings"(par.2) This act also helped to remove the "General Solicitation" act which prevented startups from doing promotions of their products to accredited investors. Following the events back in April 2012, it was the time when President Obama called it a turning point for small startups to raise funds. "Congress left it to the Securities and Exchange Commission to set final rules on how provisions of the new law would be implemented, a task the agency has yet to fully complete."(par.4)

Lots of financial analytics argue that: "it will be difficult for entrepreneurs to tap their social networks to raise money to buy equipment, add staff or upgrade to a new office building under the law's "equity crowdfunding" provision".(par.7) It is a common case that many startups might will not be able to succeed in future, but there are still lots of companies which became very successful and wealthy with the right investments made in the right time.

It would be a great idea to allow startups to select their own offerings to list while not being under any liability for fraud by the listing companies. At this point, only accredited investors have the opportunity of buying shares online from crowdfunding websites while other investors with less money are able to perform rewards-based crowdfunding and get something in reward for doing that.

SEC has performed an analysis and determined that: "lifting the so-called general solicitation ban has resulted in nearly 900 new offerings that raised a combined $10 billion. Over the same period, 9,200 offerings were filed by small firms under the old rules, raising a total of more than $233 billion".

A process where startups are able to raise money from investors online is also known as Equity Crowdfunding. There are numerous platforms available online which help entrepreneurs connect with investors. At Fund Wisdom, our mission is to help entrepreneurs connect with the investing audience by selecting the top platforms which are provided on our website with all the costs and fees for each of them. Go ahead and start seeing your business grow now!

April 2012 was a hopeful month for small business as President Barack Obama signed The Jumpstart Our Business Startups (JOBS) Act.  Title III of the regulation proposed would allow small business to raise money from non-accredited investor and therefore, increase the financing-investing alternatives with the main aim to generate growth for both intermediaries. More than two years later final rules are still in wait leaving many non accredited investors at the edge of their seat.

Since the regulation was approved, different pressures have been taking to set the rules. The most relevant one has been the role of the Crowdfunding Intermediary Regulatory Advocates (CFIRA), which has been issuing letters and recommendations for the final rules.  Douglas S. Ellenoff, attorney at Ellenoff Grossman & Schole LLP explains that the main reason for the delay resides in the lack of consensus among the commissioners of the Security Exchange Commission (SEC).  Moreover, he adds that there is certain skepticism in allowing non-accredited individuals to invest.

It is obvious that title III is going to change crowdfunding market in terms of intermediaries and deals. It will democratize and re-regulate the investment market and now it is time to see if it will work. The truth is that while Security Exchange Commission is boarding other topics, there is an anxious crowd market waiting to open the doors to new investors and deals that allow both investors and companies to growth and thus, generate economic prosperity. 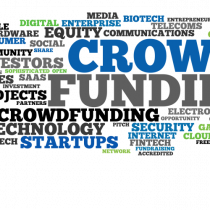 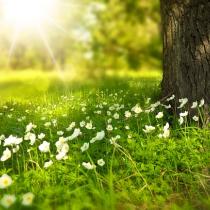 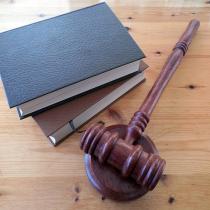