A year after we produced our first report covering 2014 we review insights from our research and analytics covering online investing portals to collect further feedback and find additional partners in preparation for a 2015 release. 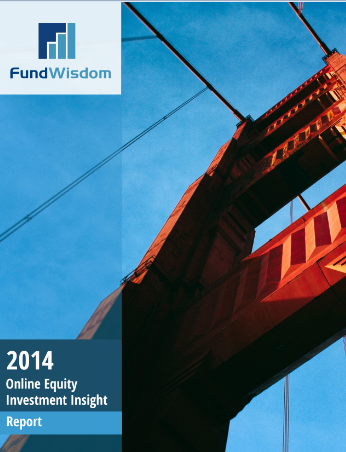 We review startup investment offerings of firms raising their seed round of capital. This data comes from AngelList, SeedInvest, WeFunder, Onevest, Fundable, EquityNet, Return On Change, CrowdFunder, and EarlyShares, AGfunder, more on our platform partners. We also conduct regular interviews with founders of firms and fund managers listing their offerings. This data took a good deal of manual effort to acquire so we are holding off on running another report until it is economically viable so your feedback is greatly appreciated.

Conclusion:
Companies are using equity funding platforms as a marketing channel while the majority of the money being invested is still happening offline. We have an article that covers several more examples and goes into much more detail.

To see more data on Syndicates go to our analytics section. 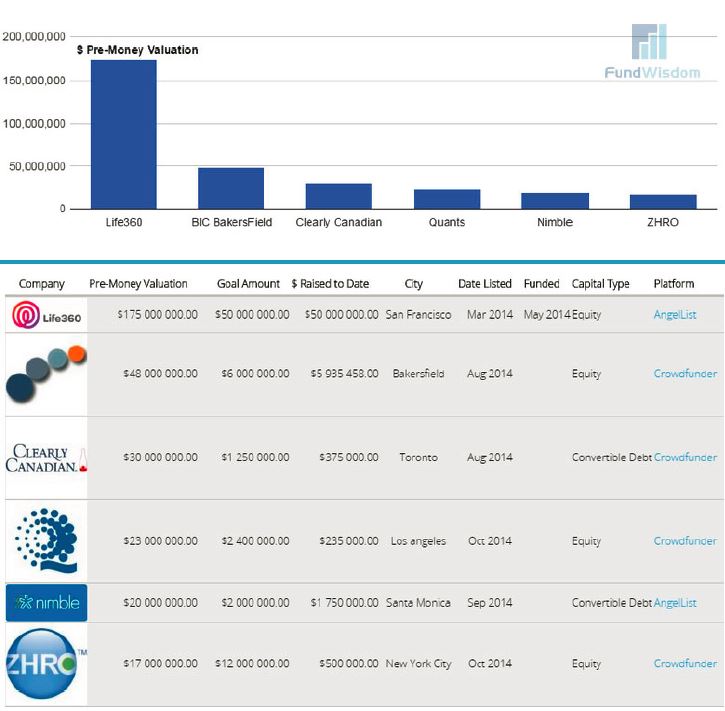 Life 360 was one of the first series C offerings through a portal.

Equity preferred choice
Towards the end of the year we began to see Revenue Share offerings. Very few straight debt investments due to specialized platforms dominating this capital type, wherever they end up we are excited to see businesses with
improved access to loans with better rates online. 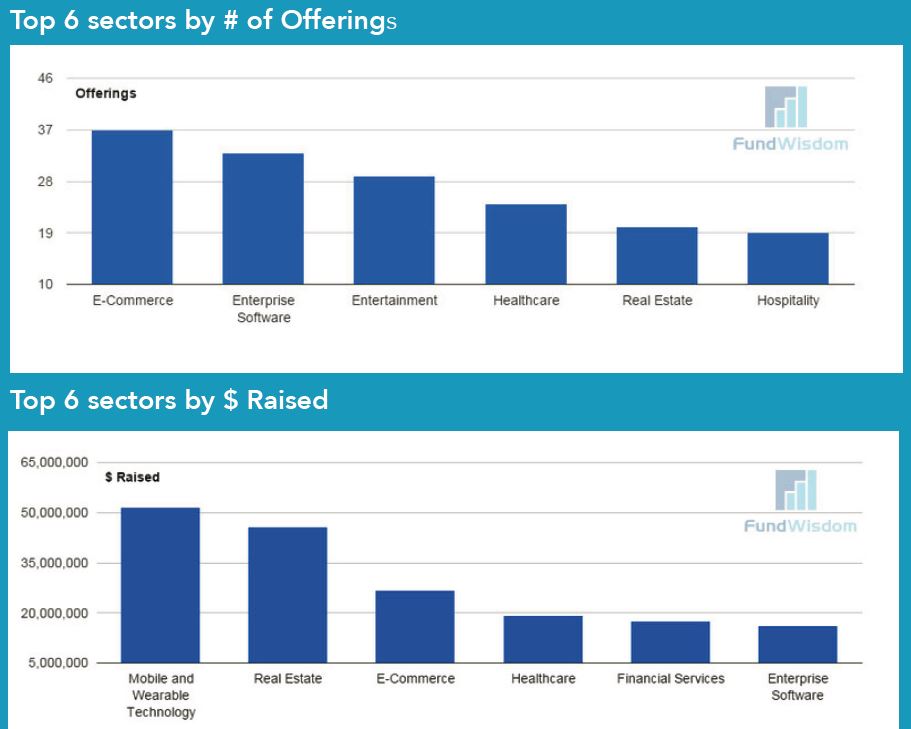 A business can be listed under multiple sectors. We can then review this with publicly available Crunchbase data

Tomasz Tunguz is a Venture Capitalist at Redpoint Ventures who regularly produces research on early stage investing covering Seed and Series A.

Several companies have listed on multiple platforms. When this happens the amountraised are often not the same among each platform as a listing progresses. As an exampleon November 27th, Ascenergy was listed on Crowdfunder which had the listing at 78% funded or $3,900,000.00, and EquityNet had them at $2,545,000. Fundable sent us their total as $76.5million 2014 to date. This would putthem in the second spot if their dealswere public. We have intentionally left platforms out of our network in order to deliver the highest quality to our audience.

Funds Being Raised by State 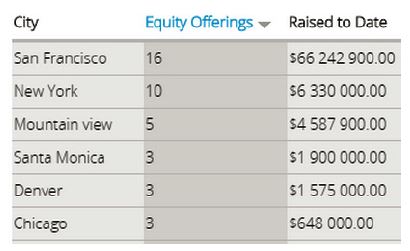 Gallo Realty LLC was the only deal in Arizona. The platforms we work with are all in the United States, but we are seeing a growing number of non US listings. We believe California leads due to its concentration of venture investors, startups, and online equity funding platforms being located there.

As of October 24th, 2014, 113 equity offerings have closed their round. The average round size of deals was $2.3 million. IT funding lead throughout the year.
Throughout 2014, online equity investment was fairly steady with roughly $1 to $5 million of investment activity week by week. There were two unusually large spikes throughout the year as a result of the year's two largest deals. AngelList reported a series C $50 million round for Life 360 in the spring and EquityNet reported a real estate fund raised $17 million in the fall.

The data must be evaluated with some considerations in mind. Companies are using equity funding platforms as a way to market their offering to attract more money, while the majority of the money being invested is still offline. Online Equity Investing figures are a fraction of what is publicly disclosed. Funding amounts are inflated due to a lack of regulation on how to classify the round. We will describe a few examples of different classifications that allowed us to come to this conclusion. EquityNet states Galloway Realty LLC raised $14 million. We know none of this was raised online through EquityNet. WeFunder states "$10 million in funding" was raised for Terrafugia. We know that Terrafugia's 7 previous fully disclosed funding rounds totaled $5.8 million and are part of the reported figure.

The amount WeFunder raised directly for them is not disclosed. Bitvore was listed on CrowdFunder, AngelList, and Fundable. Bitvore closed a Series A round of $4.5 million which Crowdfunder and Fundable posted as the amount funded, while AngelList posted $3.5 million. Bitvore stated they raised $1 million through crowdfunding. $435,000 came from Crowdfunder, $200,000 was raised on AngelList, the remainder of the $1 million would have come from Fundable. AngelList displays $50 million in funding for Life360. Life360 only dedicated 1% of that amount, or $500,000, to AngelList. These are not the only cases of online funding amounts being a fraction of the amount invested, but so far the only offerings we have been able to gather details for thus far. There is a difficulty determining just how much money is transferred online as most do not disclose this figure. We will continue to work to provide insight and transparency.

Fund Wisdom will continue to grow the investment offerings and analysis through additional strategic partnerships. Opportunities to invest in firms and funds online are abundant, and the number will increase as solutions continue to be developed to improve the investment process. Title III of the Jump-start Our Business Startups (JOBS) Act will soon also increase the amount of capital invested in equity online. A majority of the population that is not able to invest soon will be. We look forward to being your resource in this growing market. For questions or feedback contact us, we want to hear from you.

We have compiled a list of research reports covering the industry that have helped us build our conclusions. View the list or download the full Fund Wisdom PDF report 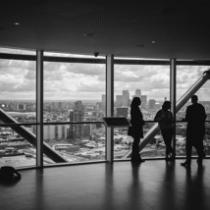