With the expansion of equity crowdfunding platforms across the globe, investors could have more international investment opportunities at home and abroad. The accessibility to information and direct investments of international startups will bring investors and startups seeking capital together across borders.

Below is the number of Crowdfunding Investing Platforms (CFI) in selected countries from World Bank data from 2012. (We are still looking for newer data please comment if you have anything updated) 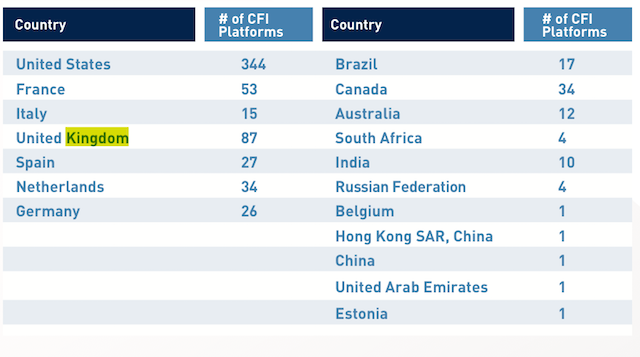 The democratization of early stage equity investment has happened in several countries throughout the world. The United States of America has not yet opened up the markets, but still leads in platform count according to the World Bank data. The United Kingdom, following the United States, has 87 crowdfunding investing (CFI) platforms as the second largest CFI platforms market. The signing of the Jobs Act has allowed only accredited investors to purchase equity in small businesses online. Crowdfunding platforms have blossomed and flourished around the world. The growth in UK investment crowdfunding was aided by tax relief programs which has incentivized a growing number of investors.

In 2012 the UK Crowdfunding Association (UKCFA), an industry group for crowdfunding platforms launched. The organization acts as the voice of crowdfunding in the UK. Seedrs, one of the leading platforms has raised £1.4 Million for 27 crowdfunded campaigns in their first year.

US based equity crowdfunding platform AngelList launching in UK

The US-based equity crowdfunding platform, AngelList, will launch syndicates in the UK on February 13, 2015, which will allow individuals to co-invest with early investors in UK. Last year AngelList helped online investment of over $100M in US startups.

UK based platform Seedrs moves into US Q4 14

UK based investment crowdfunding platform Seedrs has announced the acquisition of Junction Investments located in California. Seedrs can expand their reach beyond the borders of Europe with this strategic acquisition. Junction founders Adam Kaufman and Brian Goldsmith will be joining the Seedrs team and assisting with the next phase of Seedrs growth. The acquisition closed on October 27, 2014. "We will be opening to accredited investors in the US in the coming months, but we do not yet have a date for that." Alysia Wanczyk said from Seedrs.

Capital Cell which operates in Spain and UK and has been making the news with being the first platform specialised in biotech and life sciences, should also get a mention here. Biotech is one of the most profitable markets and by its nature is also impact investing. https://capitalcell.co.uk/ 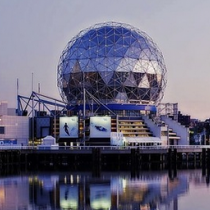 Event: Panel on Alternatives to Diversify your Portfolio
25 Aug, 2020 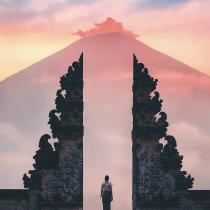